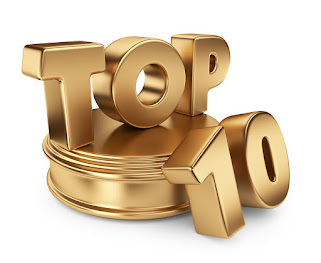 With so much happening on streaming services these days, the old notion of what a movie is feels outdated. A great limited series like The Queen's Gambit feels very much like a traditional movie, just a bit longer. A full season of a great show like season 3 of Ozark contains the fully formed and contained narrative arc associated with films. So with all this being said, moving forward, I will almost certainly include limited series and distinct seasons of TV shows in my end-of-the-year movie list.

But for 2020, I think it's important to keep TV and film separate. Much has been made about the lack of movies released this year, but when I look back at my list of the movies I've watched, I see more than enough great movies released in 2020 to make up a Top 10 list. And this year more than ever, I highly recommend you watch all the movies on this list. Each one deserves recognition and support.

10) The Way Back: Great performance by Ben Affleck as a man hitting rock bottom. I know, sounds like fun, right? True, it's pretty heavy, but man, this movie packs an emotional punch. Gavin O'Conor is a master of the sports movie that elevates past the confines of genre to deliver authentic adult drama.

9) My Octopus Teacher: A truly beautiful documentary about the human connection to the natural world.

8) Mank: Historical accuracy aside, this is a great movie about the screenwriter Herman Mankiewicz. Fincher made a movie that looks like Old Hollywood, but is every bit a commentary on the current moment. We watched Citizen Kane first, and the two films work perfectly as a double feature.

7) Shithouse: This is a heartfelt little indie film about a college freshman struggling to adjust to life outside the protective comfort of home. Nicely captures the highs and lows of that time, and with one daughter currently in college and the other about to leave the nest, I really connected with this one.

6) On the Rocks: Great Bill Murray here, but don't sleep on Rashida Jones. She more than holds her own as a woman struggling to regain her mojo. Sofia Coppola's love letter to New York City left me dreaming of the day I can get back there.

5) Soul: Another Pixar masterpiece. The animation has never been better, and I absolutely love what this movie has to say about the meaning of life and what gives us purpose.

4) Dick Johnson is Dead: A gut-punch of a documentary about the bittersweet nature of life and death.

3) Palm Springs: This is a creative riff on Groundhog Day. It's also a charming, genre-scrambling sci-fi comedy that sublimely captures the leap of faith it takes to find love in a crazy world. Who knew it involved dinosaurs.

2) American Utopia: Spike Lee directed this screen adaptation of David Byrne's Broadway show. This is a concert film that doubles as a joyously cathartic celebration of community, the beating heart of life itself.

1) Driveways: This little indie film is a true gem. It is an elegant reminder that even the smallest acts of kindness ripple through our lives. Brain Dennehy's performance was my favorite of the year, and a perfect send-off for an underappreciated actor.

Not sure anybody is actually seeing this, but let me know what you think of my choices, and of course, I'd love to hear your thoughts on best movies of the year. 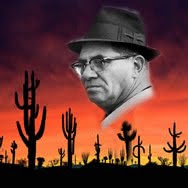